Fixed line home phone users will be able to make free VoIP calls as well as ordinary landline calls with Panasonic’s new range of Globarange cordless DECT and VoIP phones. Three new Panasonic Globarange dual VoIP and fixed line DECT phones were announced today. The Globarange phones are digital cordless phones that can be used to make regular fixed line calls or VoIP internet calls to any user, without the need for a PC.

Panasonic revealed its new Globarange models alongside a new VoIP service, joip , from deltathree that will be the exclusive VoIP provider for Globarange phones. Panasonic is aiming to create a global community of Globarange users, with the joip service enabling unlimited free VoIP calls to be made between all Globarange users around the world.

The three Globarange phones include a home office model, the BB-GT1540 with a numberpad equipped base station so calls can be made from the handset or with the base station’s speakerphone. It has a 45-minute digital answerphone too. So does the BB-GT1520, a similar model but without the numberpad. The third model, the BB-GT1500 has a similar handset but doesn’t have an answerphone or numberpad. All three DECT cordless phones have an indoor range of up to 50 metres.

The Globarange phone base stations connect to a normal fixed line phone socket in the same way as any cordless phone. The user also connects the phone to their broadband router. The phone is then ready to take or make fixed and VoIP calls in the same way, with no need for a PC. The phones will come with a unique joip number supplied, which will act as the VoIP number for any other Globarange joip user. The joip service will also be offering users additional premium services, including VoIP calls to non-joip users, voice message notification via email, online phonebook management , and more

Panasonic’s Globarange fixed and VoIP DECT phone rane will be on sale in 12 coutries from August. The BB-GT1540 will cost £129.99, the BB-GT1520 £99.99 and the BB-GT1500 £79.99. As a special promotion, anyone pre-ordering Globarange phones will receive a free BB-GT1500 phone. The Globarange series of phones will initially be available exclusively for 1 month from John Lewis stores.

Among the new season DECT phones been demo’d to retailers at this week’s Panasonic trade show are a few models not due to go on sale in the UK until October – assuming dealers are willing to stock them.

In terms of volume sales, the most intriguing prospect might appear to be the KX-TG9120 – a USB-equipped colour-screen phone that will be sold in two variants. One, the TG9140 bundle, will include a mains-powered wireless-transmitter camera that allows the package to be used as a front-door security device or for baby-watching – with pictures appearing on the handset’s 1.5in screen.

The other, the TG9150, will come bundled with a VoIP module that, we assume, enables users to take and place VoIP calls without being stuck at their PCs.

KX-TG9120The KX-TG9120 will be sold with two different
modules – one for VoIP, the other for a wireless camera

In contrast, the KX-TG7170 phone is a needs, rather than wants, kind of product. It’s aimed at the not inconsiderable proportion of the population with hearing difficulties caused by outer-ear/middle-ear problems. The phone by-passes the problem areas completely and instead uses bone conduction to allow the user to hear incoming calls.

Presumably based on the assumption that such hearing difficulties are most common in the elderly, the KX-TG7170 also features larger-than-normal buttons that are also backlit. On April 2, 2014, Panasonic do Brasil (PANABRAS) announced that it has provided Arena Pantanal Stadium, one of the stadiums to be used in the major sports events in Brazil in 2014, with Panasonic’s wide variety of AV and Security Solutions

The Arena Pantanal, in Cuiaba – Mato Grosso, will be the venue for many of the matches to be played during the event which starts next June. The stadium’s capacity is about 41,000 people and it has a flexible structure, in order to adapt it to future needs and multiple events, even after the event. Its nickname is ‘O Verdão’ (The Big Green), after the sustainable approach used for the construction and the maintenance.

PANABRAS and its business partner’s collaboration was mainly on IP Surveillance and IP PABX solutions in the initial phase. The international significance of the events that will take place in this venue requires very high availability of all services, as even minimal downtime during any match could not be contemplated. For this reason they devoted significant resources to the design and engineering of the solution, and the successful integration of all the parts of the system.

“Panasonic is excited with the opportunity to serve to Arena Pantanal with its solutions that provide a unique experience on the fans in the stadium,” said Hirotaka Murakami, president of PANABRAS. “For this world championship, Panasonic will bring out large screens that allow fans to see closely in detail every minute of the matches.”

“We are also committed to offering Arena Pantanal the best of our AV & Security solutions,” said Fernando Neves, General Manager, System Solution Department of PANABRAS.”This is the first installation of this kind in the Brazilian Market. We hope to continue to contribute to the sports and entertainment market which is rapidly and dramatically growing in Brazil towards 2016.”

Panasonic has been supporting Olympics Games as an official Worldwide Olympic Partner for more than 25 years since the first TOP program at the Calgary 1988 Olympic Winter Games, and recently signed the agreement to renew its partnership until the 2024 Olympic Games. As the sponsor in the Audio-Visual Equipment category, Panasonic has been providing the Olympic Games with a wide variety of products and solutions. PANABRAS will support Arena Pantanal Stadium with the same level quality, technology and reliability as it has been offering to Olympics Games, to deliver the great excitement and safety to the audiences in Brazil. For any business, small or medium, oriented to take advantage of the reputation of Panasonic technologies for high quality, without investing significant budget, the new unified communications solution for KX-NS500 is the right answer. This is a smart PBX and IP communications system and legacy affordable for businesses with up to 250 employees that offers flexible configuration options and is scalable according to the specific requirements of their business.You can also use built-in applications, such as a solution for call centers, a mobile solution and a voice mail system to ensure greater operational efficiency and increased customer satisfaction.

ns500-pabxThe KX-NS500 is expandable in a telephone answering system can record up to 24 channels at the same time and store up to 400 hours. Also send an email to notify you when you receive a new voice message. The messages can be received and forwarded as attachments. You can send e-mail for missed calls, in which the customer did not leave a message – so users can quickly contact the customers themselves.

The voice mail system supports the automatic recording of conversations with customers. The recorded voice data can be saved automatically in the USB memory or on an external server via the Internet, to listen to them whenever you want. The data can be used to understand the problems or identify opportunities in relation to customer service.

Summarizing, the essential functions are:

Panasonic NS500, is defined as a system of unified communications for its ability to integrate with a variety of fixed and mobile devices.

fact, this system supports VoIP phones owners such as the NT series, UT, but also mobile software Panasonic, operator consoles, Built-in application for the management of statistical analysis of system calls, the supervisor console, and of course the ability to integrate devices such as tablet with Android or Apple iOS , laptops, smartphones and all those devices equipped with wireless technology to access the data network Internet.You can also connect standard SIP VoIP lines, phones and softphones always with standard SIP also third parties like Bria, Zoiper etc. 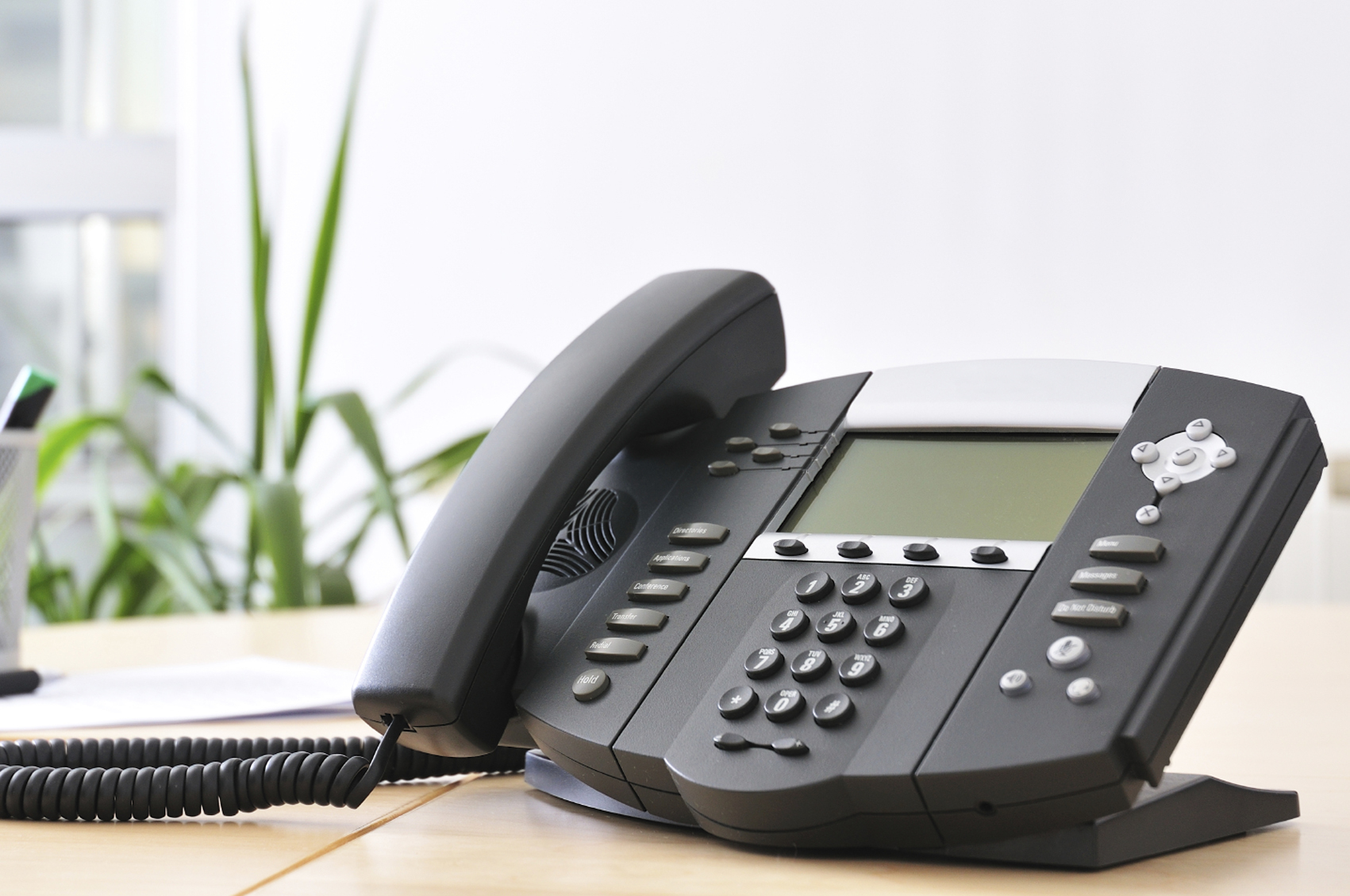 VOIP is an acronym for Voice Over Internet Protocol, or in more common terms phone service over the Internet.If you have a reasonable quality Internet connection you can get phone service delivered through your Internet connection instead of from your local phone company.Some people use VOIP in addition to their traditional phone service, since VOIP service providers usually offer lower rates than traditional phone companies, but sometimes doesn’t offer 911 service, phone directory listings, 411 service, or other common phone services. While many VoIP providers offer these services, consistent industry-wide means of offering these are still developing.

How does VOIP work?

A way is required to turn analog phone signals into digital signals that can be sent over the Internet.This function can either be included into the phone itself (See: VOIP Phones) or in a separate box like an ATA .

It is also possible to bypass a VOIP Service Provider and directly connect to another VOIP user. However, if the VOIP devices are behind NATrouters, there may be problems with this approach.IP Phone —– Ethernet —– Router —- Internet —- Router —- Ethernet —- IP Phone

In general phone service via VOIP costs less than equivalent service from traditional sources. This is largely a function of traditional phone services either being monopolies or government entities. There are also some cost savings due to using a single network to carry voice and data. This is especially true when users have existing under-utilized network capacity that they can use for VOIP without any additional costs.In the most extreme case, users see VOIP phone calls (even international) as FREE. While there is a cost for their Internet service, using VOIP over this service may not involve any extra charges, so the users view the calls as free. There are a number of services that have sprung up to facilitate this type of “free” VOIP call. Examples are: Free World Dialup and Skype for a more complete list see: VOIP Service Providers

VOIP makes easy some things that are difficult to impossible with traditional phone networks.

Looking for a stable high quality voice solution with competitive rates and remote maintenance, look no further. We can offer guaranteed up-time and the lowest rates on voice calls in the market. Save up to 45% of your business telecoms spend, contact us for more details.

Wireless Converged Network Voice Service provides voice transit services for local, national, international and cellular calls at a third of the incumbent networks cost, with rates like this savings on your day to day spend will be from 35 to 45%, with free interbranch calls WCNVS can provide national clients with a free interbranch calling scenario thus providing additional savings and better communication between offices.

All calls on the WCNVS network between users are free of charge thus also providing a means of communicating to suppliers and clients at no cost if on this network, the network consists of Tier one interconnect fibre networks to all the major networks such as Telkom, Neotel, Vodacom, MTN, Cell C, 8Ta to name just a few.

With current office setup’s, calls are normally routed via Telkom and end of life technology such as premicell’s. The latter being a cellular device with a sim card from the desired network to make cellular calls at a cheaper rate. But number portability and new technologies, has made this technology old and redundant as costs are never the same. With WCNVS we provide a lower flat call rate to all networks so no more guessing what the tariff will be.

By deploying technology like VIBE, WCNVS has become one of the better networks in South Africa as not only do we provide better quality but we provide our service at a third of the bandwidth overhead any other network can provide, thus meaning that we are even more price competitive when it comes to not only rates but infrastructure as well.

By incorporating CUG (closed user group) on mobile phones with the use of MOBEX WCNVS can provide free calls to any mobile device within the group another first and yet another way we can provide lower costs to customers.